He's a man who's no stranger to politics. From serving as the First Minister of Wales to Secretary of State for Justice, Lord Grantham has a wealth of political knowledge, not to mention his nearly unrivalled legal expertise that served him well throughout multiple governments. The Independent's Lily Hail sat down to ask him about his thoughts on recent political events.

Devolving justice to Wales has been a topic under consideration for some time. In 2014, the Silk Commission on the Welsh devolution settlement did not recommend for the devolution of justice for Wales; echoing the thoughts of the Welsh Government of the day, a Labour-Plaid Cymru coalition government. The commission recommended the issue be revisited in ten years' time.

However, the situation has now shifted. The Welsh Government of the Welsh Conservatives and Welsh Libertarians collapsed over the issue of justice devolution, leading to the recent election of Plaid Cymru First Minister ViktorHR. Despite the fact that the Libertarians seem ready to pass justice devolution, Lord Grantham has long been an opponent of devolving justice to Wales, which was the first topic we discussed.

LILY HAIL: The first thing I'd like to ask you about is justice devolution to Wales. It's been a hot topic recently, and I understand that you're staunchly opposed to the idea, while your party has entered government in the Senedd with Labour and Plaid Cymru to get it passed. As a former Welsh First Minister, what are your thoughts on the Welsh Libertarians' move?
LORD GRANTHAM: Although I am a current of the Libertarian Party, I must say I am rather disappointed in the move. However, it is because it gives credence to the nationalist part of the Welsh Parliament. The Libertarians should be standing up for the union, instead, we seemed to have opened the door for a nationalist party.

While Grantham is undoubtedly a unionist, his opposition to justice devolution does not appear to simply be a matter of unionism versus regionalism. Rather, he appears to have doubts that the Senedd is well-equipped to deal with matters of justice. I asked him about what impacts he anticipated from the devolution of justice.

LILY HAIL: You're one of the foremost legal experts in Britain. If justice is devolved to Wales, what do you forsee the impacts to be?
LORD GRANTHAM: Why, thank you. Well, I foresee, under current legislative proposals, nothing will change in the foreseeable future. However, unfortunately, I do not think that the Welsh Parliament will be adequately equipped to legislate on justice. One of the questions of devolving justice to Wales is: who pays? It will be one of three answers: the Welsh people will end footing the bill which will see an unacceptable rise in taxation; or Her Majesty's Treasury continues to pay for justice through the grant it gives to Wales; or a mixture of the two. None of options fill me with much hope.

Lord Grantham has previously served as the Secretary of State for Justice, most recently as a member of the Libertarian Party during the Second Blurple Government. Prior to that, he held the same position while a Classical Liberal in the Sunrise Coalition. Libertarian leader Friedmanite19 has collaborated with opposition leaders to stage a Vote of No Confidence in the current Conservative-Liberal Democrat government. Despite having served in cabinet with members of the Labour Party, Liberal Democrats, and now-defunct Social Democratic Party, Lord Grantham does not appear thrilled at the prospect of seeing those parties in government once more.

As for his future, Lord Grantham does not appear to have any major career moves in the works. He continues to draft legislation on justice, with his past contributions making up a not insignificant portion of justice-related Acts passed post-2014. Additionally, he continues to work alongside the Scottish Conservatives in Holyrood, even as relations between the Libertarians and the Conservatives deteriorate in Wales as well as on the national level.

LILY HAIL: Do you have any upcoming projects or legislation that you'd like to share?
LORD GRANTHAM: I have finished drafting the Wills Bill. It is currently being proof-read by my aides after which it shall be submitted to the House to be read.
LILY HAIL: You've had a long career in politics, from Justice Secretary in Westminster to First Minister in the Senedd. What's the next step in your career?
LORD GRANTHAM: I am currently Leader of the Libertarians in Scotland and the incumbent Cabinet Secretary of Justice. I intend to stay there for the foreseeable future working with our allies in the Scottish Conservatives to govern in the best interests of Scotland and the Scottish people.
LILY HAIL: Relations between the Conservative Party and the Libertarian Party UK have hit an all-time low recently. How are you working to ensure the same doesn't happen between the two Scottish branches?
LORD GRANTHAM: Very friendly discussions have taken place between myself and the First Minister who is obviously Leader of the Scottish Conservatives. We agreed that the events taking place in Westminster will have no impact on our continued co-operation in Scotland and that it is in the best interests of Scotland that we continue to work together like we have done throughout this term.

Lord Grantham appears to pursue justice reform and constitutional issues with his trademark vigour, while continuing to work closely with the Conservative Party. While he'll undoubtedly remain at the forefront of politics and law, one is left to wonder if he'll be able to steer his party towards his viewpoint, or if his influence will be contained within the halls of Holyrood. 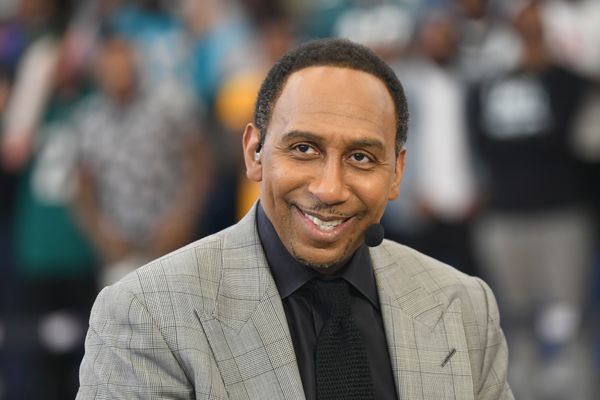 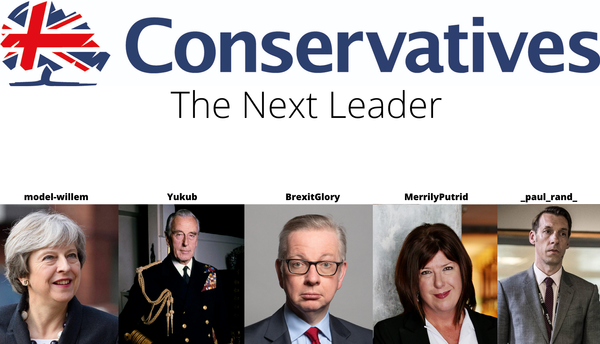 Five candidates are vying to succeed model-mili as the next Conservative leader. The Independent sat down with all of them to discuss their chances. Regardless of which of them wins, they'll have a tough road to recovery ahead.