After nearly a full term out of the House of Commons, and away from the public eye, former Conservative Party MP, Peer and MLA, /u/Greejatus appears to be making a return to the public arena in an unorthodox way. The controversial operator left the Conservative Party, and joined the Loyalist League (now known as the National Unionist Party), before suffering a head injury which he claims "led me to join the SDLP for a short time.” Joining the LPUK, /u/Greejatus has kept himself out of public affairs for some time, refusing to give interviews to newspapers, and instead living in relative isolation in the South West of England.

However, after nearly a full term of silence, the self-styled Reverend has announced he has assumed a post as the personal chaplain to the First Minister of Wales. The unusual statement marks the end of a period of silence from the politician, whose career may have spiked when he somehow secured the South Wales seat in the assembly by promising to keep the Port Talbot Steel Mill open. A figure known more recently for hosting a mass to commemorate the ‘passing of the 24th Government’, the appointment is sure to turn heads in the ecclesiastic world, with Doreen (chairman of the Ribble Valley Parish Council) saying;

Despite this, his appointment (which this paper understands to be unremunerated) carries with it ramifications for the political world as well. Many outside of the Welsh Government have heard remarkably little regarding the personal views of /u/Greejatus, who appears to tow the parties line, before resign and moving on without a word - making it hard to ascertain where on the political spectrum he lies, other than ‘somewhere on the right’. With a close relationship with the leadership of the LPUK and the NUP, one has to wonder what his motivations are.

Eschewing social media, TV and Radio, and appearing rarely in the media at all, /u/Greejatus prefers to make his contributions to the national debate in the Commons itself, or behind closed doors with party officials. Perhaps in this sense he is the very model of a modern day Chaplain, a silent counselor. A very establishment figure, his speeches often seem to focus on the protection of national, religious and natural heritage and welfare, and he appears to have more moderate and compassionate views on economics and the welfare state that some of his counterparts on the right-wing.

Championing environmental and heritage issues appears to be the name of the game for the political pariah, with his greatest successes being his bizarre attachment to the steelworkers of Port Talbot, and his dogmatic approach to pursuing niche issues very few in the public eye seem to care about, like hedgerows.

One has to wonder whether his appointment will make even the slightest difference to Welsh politics, or indeed national politics.

This paper suspects it wont, and most likely, so does /u/Greejatus.

Around the London, and any of the major cities in the United Kingdom their lies a small but unfathomably valuable tract of land known as the Green Belt. For local 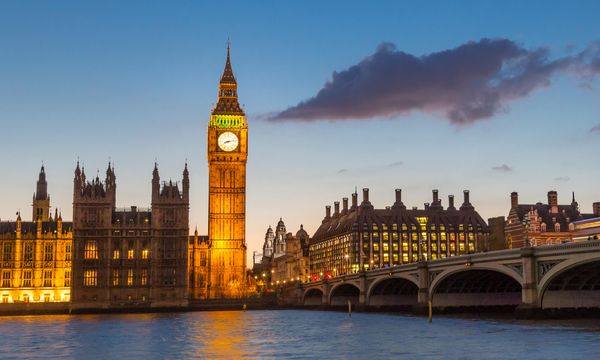 This week in politics; Labour lead the polls, Coalitions are being negotiated, and the VoNC passed.