Prior to the mid-sixties, the position of Leader of the Conservative Party was determined not by election, but via a period of consultation between party elites in order to settle on the preferred candidate. In some years this would require little effort; Balfour was seen as the obvious successor to Lord Sailsbury while Eden had long waited for the opportunity to follow Churchill as Prime Minister. A more formal method of deciding upon a new leader, by election of his peers, was required after Douglas-Home’s selection as leader brought the system into disrepute. Home had emerged as a surprise result of the consultation process, which led to accusations that it had been an establishment stitch-up by a ‘magic circle’ of grandees. The denunciation of Home’s selection damaged his leadership and, in turn, only further hurt his chances in the general election the following year.

For the first time in many years, the Conservative Party has decided to engage the country by holding a public leadership election in its search for a successor to model-mili. Throughout the campaign, each candidate has had to submit them both to internal and external criticism during this election so, at first glance, this is in complete contrast to the successions of old. However, with party grandees able to come out and make public endorsements of candidates, some have argued that the increased focus on the election has made it easier to push party members towards an establishment figure. Excluding the outgoing leader, who is not expected to make a public endorsement, a modern ‘magic circle’, consisting of the five preceding leaders before model-mili, have coalesced around Yukub’s campaign. Whilst the membership will ultimately have the final say in the two rounds of voting, it is clear that party elites are intending to exert considerable influence in determining the next leader of the party this time around.

Entering the election, model-willem seemed to most to be the favourite and while a coronation was not expected, their unrivalled experience was expected to carry them to victory. Ignoring the election of OllieSimmonds which was the result of abnormal circumstances, never in modern Conservative Party history has a leader been elected who wasn’t at the time an incumbent Deputy Leader. Realistically, the only occasion where someone other than an incumbent Deputy Leader mounted a strong campaign for the leadership was in the previous election where CheckMyBrain11 snuck through to the final round on the fourth redistribution of preferences and then ultimately lost out by one vote to model-mili. Speaking to CheckMyBrain11 about the difficulties faced they said:

Running for leader against both model-mili and toastinrussian was a very daunting task because I had to rely on the fact that I had been in perhaps an equally visible role (Chief Whip). Once it was down to model-mili and I, I really had to bank on people being dissatisfied with eelsemaj99’s tenure and people who wanted a more conservative leader than model-mili. It seems they narrowly didn't, but a Deputy Leader has won Leader literally every time in history. I think I'm the closest anyone's gone to skipping Deputy Leader and becoming Leader outright.

With MatthewHinton12345 only being elected as Deputy Leader five days ago and therefore feeling unable or unwilling to run for the leadership, model-willem was spared a clear rival going into this contest. Additionally, recent controversy surrounding their resignation as First Minister of Wales as well as being the centerpiece of the ongoing vote of no confidence in the government has damaged their status somewhat. Despite this, the Conservative Party’s unity in defending model-willem has protected his status in the race and after securing key endorsements from former Classical Liberal colleagues in Duncs11, tommy2boys and joecphillips, has more than enough strength to make a strong challenge still. Whilst some party members have private concerns about model-willem’s history as a Classical Liberal, it is thought that they have settled well in their new party and have performed well enough as a Deputy Leader to drop any previous baggage.

Despite this, the party establishment has seemingly united around support for Yukub. As written in the Independent earlier, Yukub’s decision to enter the leadership race was more surprising than him now being the favourite for the job. Previous campaigns for leadership positions have included a genuine run for Deputy Leader four years ago in which they were beaten in the second round by DrCaeserMD and a humorous run the following year for the top job (being once again bested by DrCaeserMD). Despite this, they have remained an active member of the Conservative Party and this has held them in good stead for this leadership election. It is fair to say, however, that the path to the top job is easier for all candidates in this election and therefore it is unknown how well Yukub would have done against a more established name in the party or someone with previous experience in winning internal elections.

BrexitGlory has surprised many with a sturdy campaign and astute observations on the state of the party, providing perhaps the fresh face that the party is calling for. However, their lack of experience and controversial nature was cited by some members we spoke to as off-putting and their lack of experience means that this is potentially a bridge too far. The Transport Secretary will likely consider making the second round a success, though the lack of public endorsements as compared with his two main rivals will mean he likely requires a late surge in support or a key endorsement in order to survive the first stage of voting. Regardless, it is likely that - whilst one is not expected imminently other than if model-willem wins - BrexitGlory will be a front runner in any upcoming Deputy Leader contest.

Were BrexitGlory to make the second round, it could pose an interesting situation for the opposing candidate. Though they seem to occupy a space on the right of the party, their former status as a Classical Liberal could attract votes from former party colleagues on the pretense of opting for the unknown over a potential establishment choice in a hypothetical matchup against Yukub. Likewise, were BrexitGlory to find themselves in the final two against model-willem, the Transport Secretary could secure votes from any Yukub supporters on the right of the party who wish to shift the party platform. Both main candidates will therefore aim to have their supporters lined up behind them and there will be no lending of votes between campaigns.

Ultimately, barring a surprise when the results of the first round are revealed on the 15th, it is expected that the final round will be contested between model-willem and Yukub in an election that will not offer the shake-up that some had been suggesting was required. Regardless, the new leader will have plenty of opportunity to stamp their authority on the party when the dust settles both on the leadership election and the vote of no confidence in the government.

Brookheimer is the Member of Parliament for Manchester City and South and led the Conservative Party between October 2015 and April 2016. The Independent are pleased to welcome him as a contributor. 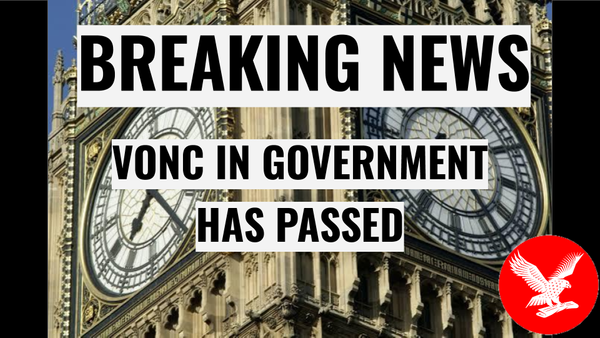 Friedmanite19 and Opposition leaders have toppled model-mili's coalition government of the Conservatives and the Liberal Democrats, but the future looks uncertain 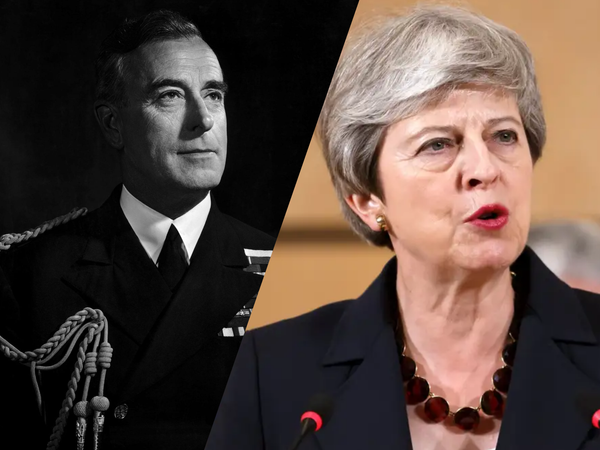 The Conservative leadership election, once perceived as a coronation for deputy leader model-willem, looks set to be won by Yukub