The ongoing leadership election in the Conservative Party has proved to be an entertaining spectacle both to observe and to participate in. We have, just days after a vote of no confidence was launched in our government, begun to regain the narrative and shown once more that the beating heart of British politics lies within our party. Because of this, the election could not be any more important. We need to elect a leader who can continue this forward push, who can unite the party and, at some stage, lead the country.

All candidates in this election have taken the initiative in this election by submitting themselves to criticism, listening to feedback and proving that they can be effective in the public sphere. It has been encouraging to see this and has proved to be far more beneficial a contest than when I was elected unopposed over four years ago. Regardless of who ultimately wins the contest, we have uncovered and nurtured future leaders and senior members of the party throughout and I look forward to them continuing their hard work beyond the election in whatever roles they serve.

Despite this, I believe that there is a leading candidate in this election and they are someone who I am proud to stand here today and endorse. Yukub is able to provide experience, nous and dedication to the cause and he has shown this in spades this election with his wide ranging speeches and interviews where he has been willing to give detailed responses tackling the key issues in the party rather than necessarily what the membership would like to hear.

Whilst the position has evolved considerably, and the work required increased, since I was elected leader over four years ago, I know the traits required to excel in the job. An ability to cooperate; an ability to compromise; an ability to command; and an ability to conspire are necessary for any incoming leader. Yukub, in my opinion, is the candidate who best possesses these traits and I hope to be able to watch them deliver this.

Labour are at the gates, but as the Labour Conference has shown it is a Labour Party unready to govern. Assuming the vote of no confidence passes as expected and they do form a minority government to occupy Downing Street, it will be a Labour Party put there by a twin force of radicals in the Democratic Reformist Front and The People’s Movement, as well as by the malice (or stupidity) of our ideological allies in the Libertarian Party. The fact will remain that there is a centre-right majority in the House of Commons and the next leader needs to be one that will harness that in order to kick Labour out of power as quickly as they get in.

Because of this, now is not the time to gamble, nor however is it time to sit put. I implore the party to Stand Strong, Stand Together and join me in endorsing Yukub for Leader of the Conservative Party.

Brookheimer is the Member of Parliament for Manchester City and South and led the Conservative Party between October 2015 and April 2016. The views in this article are his own and do not necessarily represent the views of the Independent.

The By-Election will fill the Former UUP seat of North AntrimEvery month, an activity review is conducted in the Assembly of Northern Ireland. In March, one of the Ulster Unionist Party MLAs had failed to meet the voting requirement for that month. Typically, party 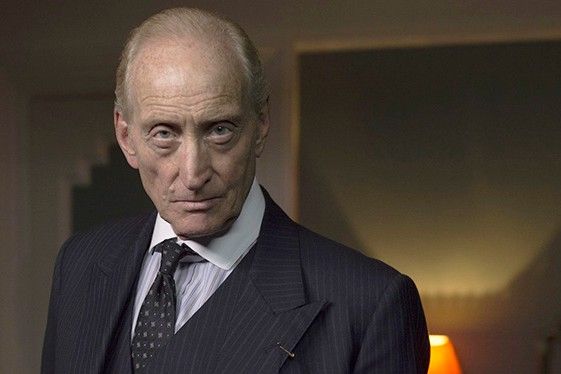 Vitiating, the Baron Grantham, speaks to the Independent on justice devolution to Wales, leading the Scottish Libertarians, and what's next for him