Update 23.35: article updated to reflect a statement from Leader of the Opposition ARichTeaBiscuit.

Update 01.08: article updated to correct information about a snap general election. Parliament must approve a motion under the Fixed-Term Parliaments Act 2011 for a snap election; one will not happen automatically if a government isn't formed. The author apologises for being an idiot prick and misunderstanding the meta.

Frantic meetings on coalition negotiations have begun as the 24th Government – the coalition of the Conservative Party and the Liberal Democrats – was successfully removed from office after the Vote of No Confidence received its fifty-first vote in favour.

The vote, tabled by Friedmanite19 of the Libertarian Party UK with the blessing of the Official Opposition led by ARichTeaBiscuit and ZanyDraco's Democratic Reformist Front, marks a new era in Westminster politics as Labour seeks to form government while the Conservatives' polling lead continues to shrink.

The path ahead looks uncertain at best. A coalition government between Labour, the Liberal Democrats, and the Democratic Reformists would have 42 seats in the Commons. That number is stable enough to form a government, but would have trouble getting any radical legislation passed.

The rare collaboration between Labour and the Libertarians is an odd dynamic between two parties who have historically almost never seen eye-to-eye. Shadow Chancellor jgm0228 controversially struck a deal with the outgoing government to abstain on the budget, driven in part by a desire to ensure that the budget written by former Chancellor Friedmanite19 did not go into effect.

The Independent's Olivia Jones looks at some potential governments in her weekly column, A Week In Politics.

When contacted by the Independent, Deputy Prime Minister and leader of the Liberal Democrats thechattyshow gave a statement on the government's collapse.

We're happy to see that the House voted in favour of accountability by removing a Government that often disregarded it with haste and fervor, and we're pleased to have been a part of the VoNC.

Asked whether he saw his party would make up a part of a potential government, Mr Draco refused to be drawn on any specifics.

We have spoken to some parties about the prospect.

Leader of the Opposition ARichTeaBiscuit gave the following statement on the government's collapse:

I am still quite disappointed that the 24th Government attempted to defend their earlier misleading of parliament and didn't try to reverse course and apologise, but I am also pleased that parliament expressed that such an action is unacceptable by passing this vote of no confidence.

The Conservative Party and Friedmanite19 were not immediately available for comment. This article will be updated with any responses. 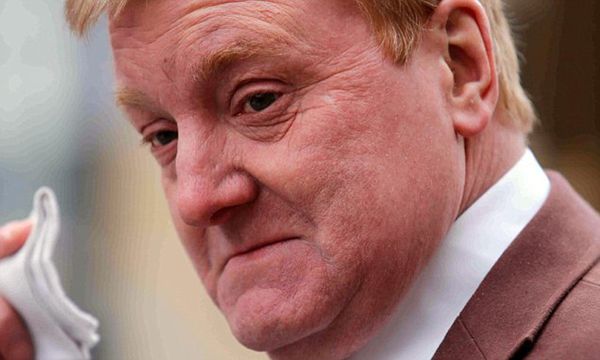 Party leaders may be spinning the vote of no confidence in several ways, but minor parties and backbenchers have a different view

Even as the Conservatives take a more open approach with the election of their new leader, the old guard remain extremely influential in deciding who will take the reins